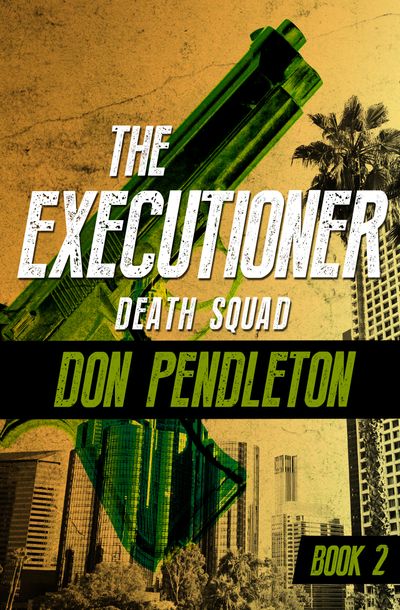 After Mafia pressure destroyed his family, ace sniper Mack Bolan left the jungles of Southeast Asia to declare a new war on the home front. A one-man army, he wiped out the mob in his Massachusetts hometown. That was just the beginning.

Hunted by the police, tracked by the FBI, and carrying a price on his head, Bolan is on the move. After crossing paths with an old war buddy in Los Angeles, the Executioner devises a plan. He’s going to round up the best sharpshooters, scouts, demo experts, and hard-core killers, and clean up the West Coast. Ten ruthless soldiers in all, forged in the fires of Vietnam . . .

The Executioner’s own Death Squad.

When Don Pendleton created Mack Bolan, the iconic vigilante action hero “who would make Jack Reacher think twice,” he established nothing less than a publishing landmark (Empireonline.com). With more than two hundred million Executioner books sold to date, its influence on the action genre is still being felt. In cocreating his Marvel Comics avenger, The Punisher, Gerry Conway admits: “I was fascinated by the Don Pendleton Executioner character . . . I wanted to do something that was inspired by that.” Now in development as a major motion picture, the Executioner series lives on.

Death Squad is the 2nd book in the Executioner series, but you may enjoy reading the series in any order.