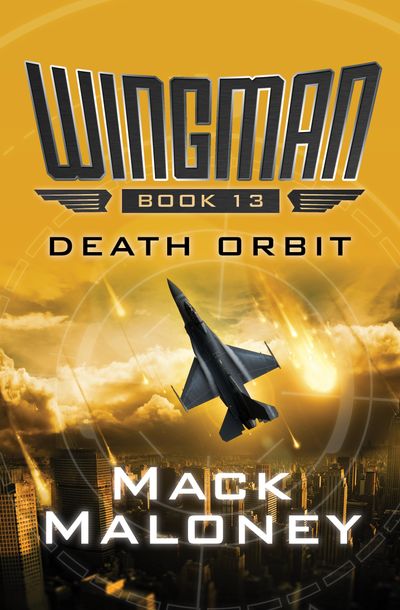 Published by Open Road Media
Fighter pilot Hawk Hunter ventures into zero gravity to catch a madman—as an even greater threat hurtles toward Earth . . .
Hawk Hunter is the finest fighter pilot on Earth. Behind the controls of his famous red, white, and blue F-16, he can perform feats of aviation that make gravity seem nonexistent. All his life he has yearned to escape the Earth’s pull, and now he finally has—orbiting the planet in a stolen Russian shuttle. But this is no pleasure cruise. A crazed terrorist has escaped the Wingman’s grasp. Pursuing his old enemy in zero gravity, Hunter detects a far greater threat than one rogue madman: a comet speeding straight toward Earth. Stopping this interstellar threat will be the toughest mission of Hunter’s highly decorated career. To fend off the comet, the people of Earth must band together as they never have before. In a world consumed by warfare, only peace can save them. Death Orbit is the thirteenth book of the Wingman series, which also includes Wingman and The Circle War.