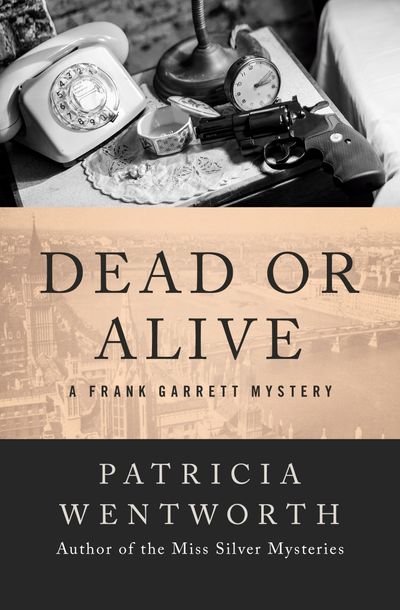 A year after a body presumed to be that of her missing husband turns up, someone breaks into Meg O’Hara’s flat and leaves her a shocking message. Is it a horrible trick? Or is Robin O’Hara still alive? The British intelligence agent vanished the same day Meg asked for a divorce. With the appearance of more cryptic messages, Meg is certain that someone—perhaps her husband—is trying to make contact. But no one believes her.

Except Bill Coverdale. Deeply in love with Meg for years, he sets out to get to the bottom of things. His only lead is the mysterious woman with zinnia lipstick he saw getting into a taxi with O’Hara shortly before the disappearance. According to Frank Garrett of the Foreign Office, O’Hara was on the job at the time. And now Coverdale has just narrowly dodged an attempt on his own life. But it’s Meg who’s plunged into peril when a mysterious packet surfaces. Mired in a morass of blackmail, forgery, and murder, she must battle a chameleonlike enemy who’s following in the footsteps of an unstoppable criminal mastermind.

Dead or Alive is the 1st book in the Frank Garrett Mysteries, but you may enjoy reading the series in any order.