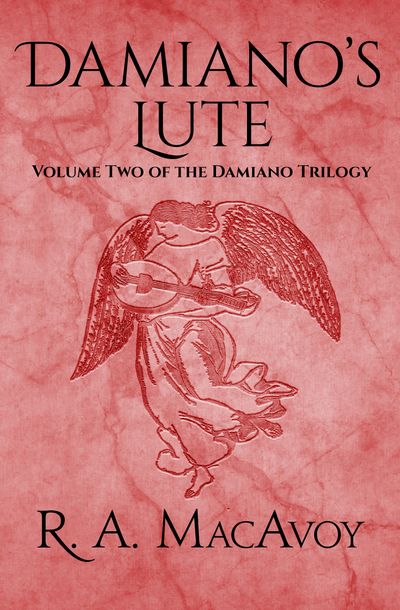 Published by Open Road Media
Guided by the Archangel Raphael, Damiano runs from his own demonic powers in this alternate Italian Renaissance of wizards, witches, and faith-based magic.

This novel is a sequel to Damiano. Set against the turbulent backdrop of the Italian Renaissance, this alternate history takes place in a world where real faith-based magic exists. Our hero is Damiano Dalstrego. He is a wizard’s son, an alchemist and the heir to dark magics. Shattered by the demonic fury of his dark powers, Damiano Delstrego has forsaken his magical heritage to live as a mortal man. Accompanied only by the guidance of the Archnagel Raphael, the chidings of a brash young rogue, and the memory of a beautiful pagan witch, Damiano journeys across a plague-ridden French countryside in search of peace. But the Father of Lies reaches out once again to grasp him. And to save himself from the hellish destiny that awaits him, Damiano must challenge the greatest forces of darkness, armed only with the power of his love and the music of his lute. The final volume of this story is Raphael.