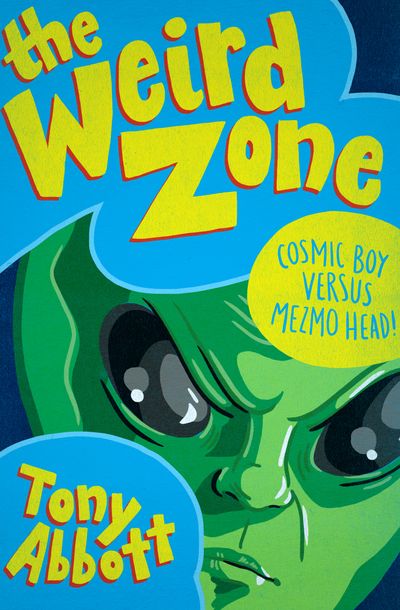 Published by Open Road Media
All Jeff wanted was a part in the school play, but now he has to be a real hero . . . It’s hard to be a normal kid in the Weird Zone!

Jeff Ryan wants to play the Wizard in his school’s outer-space version of The Wizard of Oz. To help with his audition, Jeff plans to bring his favorite childhood toy: a Cosmic Boy Space Helmet. But the Weird Zone seems to have other plans. On Jeff’s way to school, a strange man with an even stranger face blasts him with an X-ray, and Jeff’s Cosmic Boy helmet gets stuck on his head. He soon discovers that the man is actually an alien who plans to take over the world with his own mind-controlling Mezmo Head helmet!

But the alien is not the only one with a supernatural weapon. Jeff’s helmet gives him amazing powers, and now Cosmic Boy must save the world!