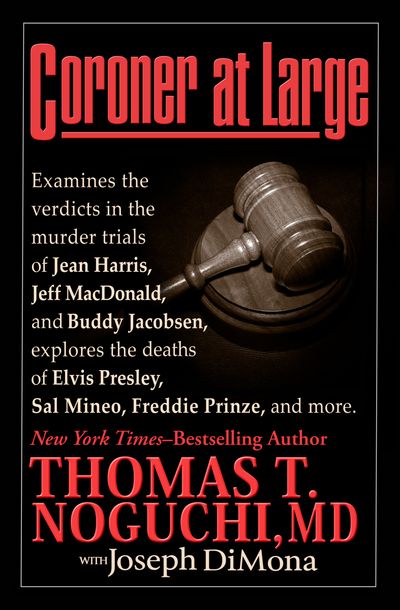 Published by Open Road Media
To Thomas T. Noguchi, America’s most famous medical examiner, every death is a mystery—until the cause is found

In his first book, the runaway bestseller Coroner, Dr. Noguchi wrote of his controversial investigations as medical examiner of Los Angeles County. In Coroner at Large, the man who has often been called the “Detective of Death” probes the mysteries surrounding the most celebrated criminal cases in recent American history.

Using sophisticated techniques of modern forensic science and once again “telling it like it is,” Dr. Noguchi reveals the truth behind the headlines in the untimely deaths of show business celebrities:

In Coroner at Large, Dr. Noguchi brilliantly provides the missing links in our knowledge of these cases. Here, from his own investigations and his pioneering work in the field, we see forensic science in action, unraveling the mysteries of death—both natural and unnatural—in real-life cases that might have baffled even the great Sherlock Holmes.