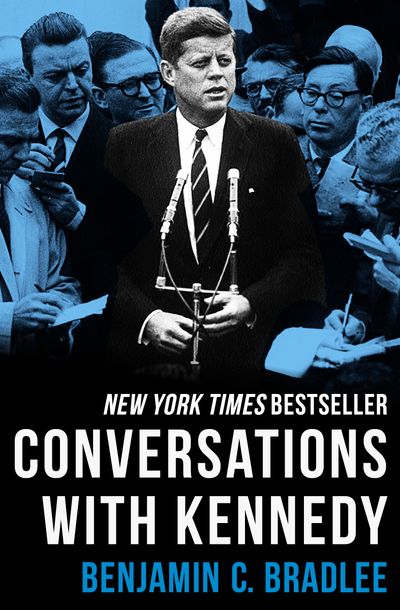 Conversations with Kennedy is legendary reporter and executive Benjamin C. Bradlee’s account of his intimate dialogues with JFK—a man he counted as a confidante and friend. Beginning in 1958, when Kennedy was a US senator running for president, and continuing until 1963, the year that Kennedy died, Bradlee shared a close professional and personal relationship with the charismatic politician. Both men were war veterans, idealists, and up-and-coming American leaders, and they shared values that drove their friendship.

Kennedy was a politician equally at home with the bruising intellects he appointed to government posts and his working-class constituents. He respected his complicated father, understood his brothers, admired women, and had few illusions about human nature. Bradlee’s eye for detail reveals JFK’s views on everything from Communism to conservatism to freedom of the press.

From parties at the White House to weekends at Palm Beach to JFK’s enduring influence on Bradlee’s own life, this is an in-depth, behind-the-scenes look at the man behind a myth, written by a giant of American journalism.