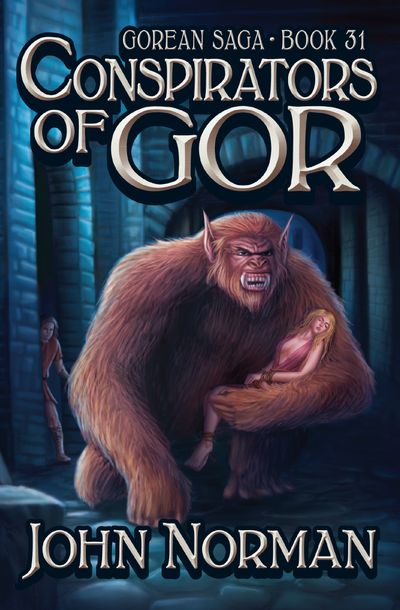 Published by Open Road Media
An Earth woman is transported to Ar in this fantasy world where men are warriors and women serve as slaves.

Picking up where the alien war between Kurii and the Priest-Kings left off, a young woman by the name Allison Ashton-Baker, involved in playing Gorean games on Earth, is transported to Ar to become a major witness of the unfolding events. We meet again with Lord Grendal, the result of a failed experiment to mix the genes of humans and Kurii; the Lady Bina, former pet of Agamemnon, who dreams of becoming Ubara of Ar; and Agamemnon himself, eleventh face of the Nameless One, the illustrious mastermind behind the Kurrian invasion. Packed with action, and, as usual, presented with a spicy dressing of cultural relativism and critical remarks on modernity and gender relations.

Conspirators of Gor is the 31st book in the Gorean Saga, but you may enjoy reading the series in any order.