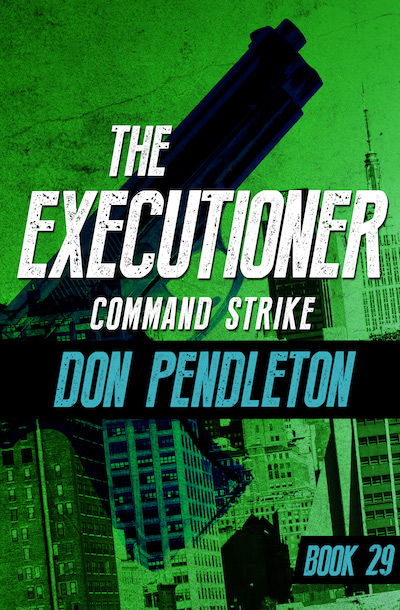 The last great kingpin of the East Coast, Augie Marinello walled himself up in a Long Island fortress protected by stone walls, guard towers, and a pack of Dobermans trained to kill on command. But no fence in the world is high enough to keep out Mack Bolan, the one-man army whose crusade against the Mafia has brought organized crime to its knees. When the Executioner decided it was time for Augie to die, he died, and now another man has stepped into his place: David Eritrea, who has the potential to be far more dangerous than Augie ever was.

Eritrea has dreams of rebuilding Augie’s empire bigger than before and reuniting the five families of New York under a single leader: himself. Unfortunately for the would-be don, the Executioner has other plans.

Command Strike is the 29th book in the Executioner series, but you may enjoy reading the series in any order.