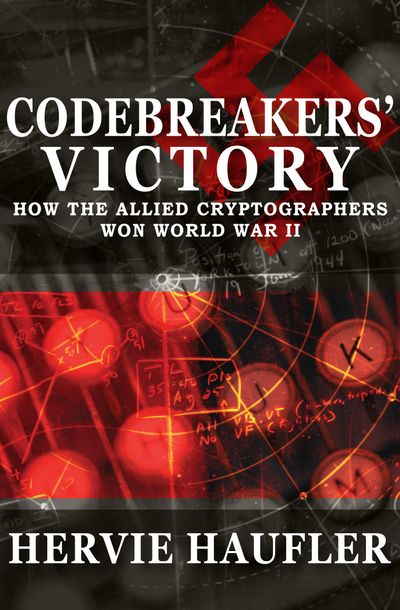 Published by Open Road Media
With exclusive interviews, a Signal Corps veteran tells the full story of how cryptography helped defeat the Axis powers, at Bletchley Park and beyond.

For years, the story of the World War II codebreakers was kept a crucial state secret. Even Winston Churchill, himself a great advocate of Britain’s cryptologic program, purposefully minimized their achievements in his history books. Now, though, after decades have passed, the true scope of the British and American cryptographers’ role in the war has come to light. It was a role key to the Allied victory. From the Battle of Britain to the Pacific front to the panzer divisions in Africa, superior cryptography gave the Allies a decisive advantage over the Axis generals. Military intelligence made a significant difference in battle after battle.

In Codebreakers’ Victory, veteran cryptographer Hervie Haufler takes readers behind the scenes in this fascinating underground world of ciphers and decoders. This broad view represents the first comprehensive account of codebreaking during World War II. Haufler pulls together years of research, exclusive access to top secret files, and personal interviews to craft a captivating must-read for anyone interested in the behind-the-front intellect and perseverance that went into beating the Nazis and Japan.