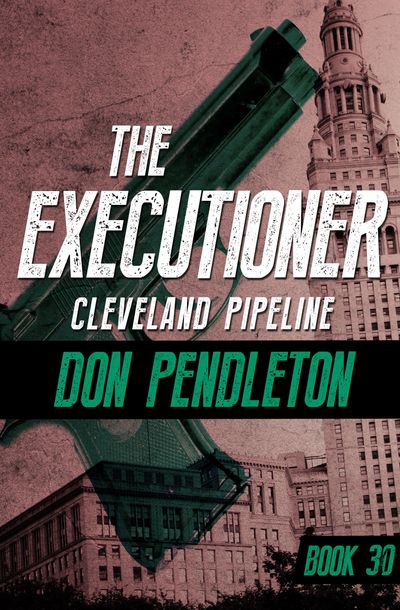 Published by Open Road Media
A woman is kidnapped, and only the Executioner can save her

On a moonlit Cleveland dock, Mack Bolan watches the flagship of the local boss’s criminal fleet. It would be child’s play to storm aboard and kill the capo, but this boss is strictly small time. Bolan wants the big boys—and he is about to get his shot at them. Toward the ship come two figures dragging an aging prisoner who makes no attempt at escape. Bolan breaks his stakeout to save the old man. He is a judge—and he’s minutes from cardiac arrest.

As they rush to the hospital, the judge whispers to Bolan about a kidnapped girl whose time is running out. As he fights to save the girl and bring down the Cleveland mob, Bolan discovers something he never thought he would find: a woman who might steal his heart.

Cleveland Pipeline is the 30th book in the Executioner series, but you may enjoy reading the series in any order.