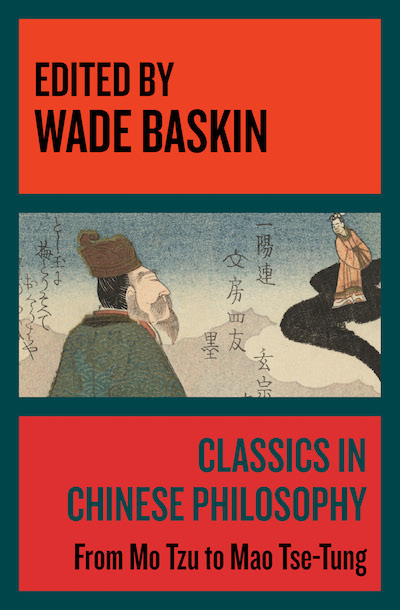 Published by Philosophical Library/Open Road
During the last century China has undergone more change than during any other period in its long and turbulent history. Roughly a quarter of the world’s population has been directly affected by the radical transformation that culminated in the establishment of the present Communist state—one which claims to have translated into reality the Confucian ideal of securing the equality of all men. In underdeveloped regions throughout the world, wherever the quest for social justice has been checked, millions of people have been indirectly affected by these changes. Western scholars, somewhat perplexed by what has already happened, are trying to determine the causes underlying the whole succession of events.

Believing that recent developments are best understood when viewed from a historical perspective, the editor of this work has tried to present in one volume a conspectus of the brilliant and many-sided development of Chinese philosophy.

The study of Chinese philosophy has been severely restricted by the difficulties of the classical literary style and, until recently, by the absence of reliable translations. Problems of terminology abound because the same Chinese term is translated differently in the works of different philosophers. The editor endeavors in the introductory statement preceding each selection to help the reader to cope with these lexical problems. By adopting a chronological arrangement of the materials and calling attention to interlinking developments, he provides the reader with a practical means of familiarizing himself with the most important documents of the cultural heritage of China, the cradle of the world’s oldest civilization, from the Confucian Analects to the theoretical statements of Mao Tse-Tung.