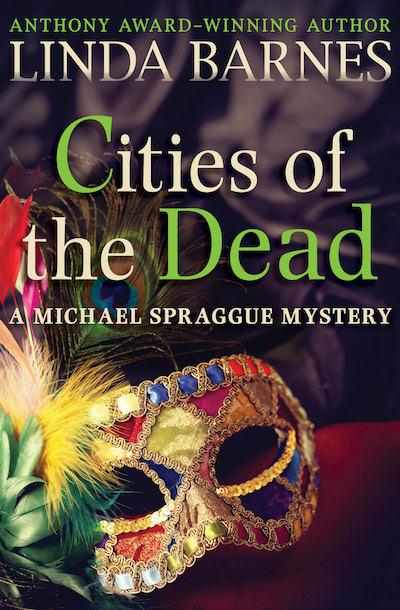 Cities of the Dead

Published by Open Road Media
When a former PI is invited to a gathering of New Orleans chefs, murder is on the menu in this “well written, sharply observed” mystery (The New York Times).

Sophisticated Boston Brahmin Michael Spraggue will never forget the flaky strawberry tarts Dora Levoyer made for him when he was a little boy. A French immigrant who has worked for Michael’s eccentric aunt Mary for decades, Dora has an old-world sensibility, an elegant palate, and a past that cannot be spoken of. Deserted by her husband long ago, she has fought hard to put him out of her mind. But when Dora is invited to a banquet held by the finest chefs in New Orleans, she sees a man who looks just like her missing spouse. Before she can confront him, he is found with a chef’s knife embedded in his heart—and every piece of evidence points to Dora as the killer.

At his aunt Mary’s behest, Michael hops the first plane down to New Orleans—a mysterious city where the dead, like the living, have dangerous secrets.

Cities of the Deadis the 4th book in the Michael Spraggue Mysteries, but you may enjoy reading the series in any order.