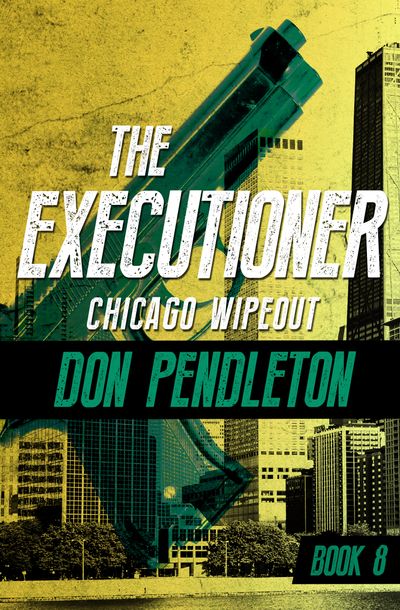 Published by Open Road Media
To save the country, the Executioner infiltrates the capital of crime

When he began his one-man assault on the Mafia, ex–army sniper Mack Bolan imagined it as a war of attrition. Kill enough button men and underbosses, made guys and capos, and the international crime syndicate would finally collapse. But when he learned that the Mafia was planning a full-scale takeover of the US government, the Executioner realized attrition would not be enough. The Mafia must be destroyed, and the place to do it is Chicago.

The battle for Chicago starts with a single shot when Bolan pulls the trigger and ends the life of underboss Louis Aurielli. In a city where every politician, businessman, and cop is on the mob payroll, he will have nowhere to hide. But that’s okay with Bolan—sometimes it’s better to fight in the open.

Chicago Wipeout is the 8th book in the Executioner series, but you may enjoy reading the series in any order.