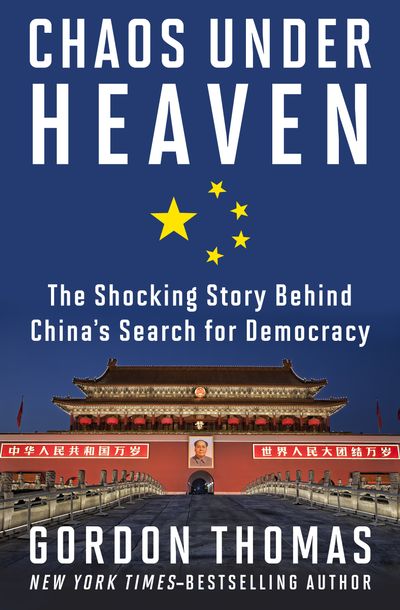 Published by Open Road Media
The story behind the struggle for democracy in China and the 1989 Tiananmen Square massacre, still the subject of widespread government censorship efforts.

The first complete book on the Tiananmen Square tragedy reveals how diplomats from the United States, Britain, and Europe knew exact details of the impending massacre of the students in Tiananmen. In a vivid narrative window into secret meetings in the Oval Office, CIA headquarters, and the private compound of China’s leaders, more than one hundred interviewees contribute to an untold story.

Chaos Under Heaven reveals America and the West’s betrayal of the children of China, who, for a brief moment in history, brought democracy to their homeland. In this stunning book, Gordon Thomas takes readers inside the tragic drama of those fifty-five days when the young people of China, crying out for freedom, rebelled against the old men of the Long March.

At stake were America’s and the world’s roles in the future of China. Once castigated by Karl Marx as a “carefully preserved mummy in a hermetically sealed coffin,” China has become the superpower of the Pacific. As the students’ demand for democracy escalated, the Western nations realized that their carefully cultivated ambitions for China were at risk. Their goal was to preserve the status quo.