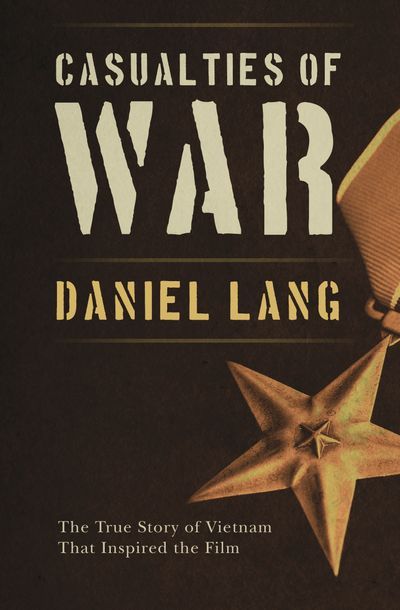 First published in the New Yorker in 1969 and later adapted into an acclaimed film starring Michael J. Fox and Sean Penn, Casualties of War is the shocking true story of the abduction, rape, and murder of a young Vietnamese woman by US soldiers.

Before setting out on a five-day reconnaissance mission in the Central Highlands of South Vietnam, Sergeant Tony Meserve told the four men under his command that their first objective would be to kidnap a girl and bring her along “for the morale of the squad.” At the end of the mission, Meserve said, they would kill their victim and dispose of the body to avoid prosecution for abduction and rape—capital crimes in the Uniform Code of Military Justice.

Private First Class Sven Eriksson was the only member of the patrol who refused to participate in the atrocity. Haunted by his inability to save the young woman’s life, he vowed to see Meserve and the others convicted of their crimes. Faced with the cynical indifference of his commanding officers and outright hostility from his fellow infantrymen, Eriksson had the tenacity to persevere. He went on to serve as the government’s chief witness in four courts-martial related to the infamous Incident on Hill 192.

A masterpiece of contemporary journalism, Casualties of War is a clear-eyed, powerfully affecting portrait of the horrors of warfare and the true meaning of courage.