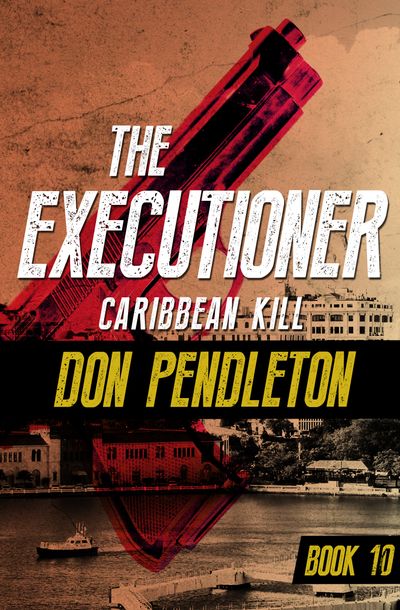 Published by Open Road Media
In sunny Puerto Rico, the Executioner will turn paradise into hell

The plane comes in low over the Puerto Rican resort, getting Mack Bolan close enough to notice snipers in the hotel windows and shotguns in the cabanas. He escaped his latest battle against the Mafia by fleeing to the Caribbean, but the tentacles of the mob stretch everywhere, and they are waiting for him to land. He rigs the plane for a collision course with the resort, bailing out just before impact and escaping into the jungle. He has only thirty bullets, and there are more than a hundred Mafia soldiers hot on his trail. He likes those odds.

It was in the jungles of Vietnam that Bolan was first dubbed the Executioner, and in the steamy forests of Puerto Rico, he will start a guerrilla war. He is one man against an army—but Mack Bolan is the deadliest man this island has ever seen.

Caribbean Kill is the 10th book in the Executioner series, but you may enjoy reading the series in any order.