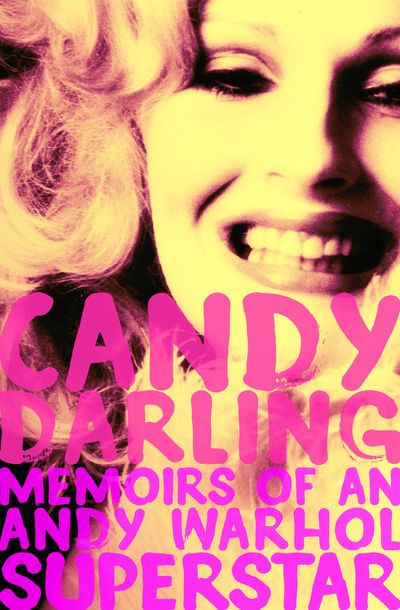 Located at 33 Union Square West in the heart of New York City’s pulsing downtown scene, Andy Warhol’s Factory was an artistic anomaly. Not simply a painter’s studio, it was the center of Warhol’s assembly-line production of films, books, art, and the groundbreaking Interview magazine. Although Warhol’s first Factory on East 47th Street was known for its space-age silver interior, the Union Square Factory became the heart, brain, eyes, and soul of all things Warhol—and was, famously, the site of the assassination attempt that nearly took his life. It also produced a subculture of Factory denizens known as superstars, a collection of talented and ambitious misfits, the most glamorous and provocative of whom was the transgender pioneer Candy Darling.

Born James Slattery in Queens in 1944 and raised on Long Island, the author began developing a female identity as a young child. Carefully imitating the sirens of Hollywood’s golden age, young Jimmy had, by his early twenties, transformed into Candy, embodying the essence of silver-screen femininity, and in the process became her true self.

Warhol, who found the whole dizzying package irresistible, cast Candy in his films Flesh and Women in Revolt and turned her into the superstar she was born to be. In her writing, Darling provides an illuminating look at what it was like to be transgender at a time when the gay rights movement was coming into its own. Blessed with a candor, wit, and style that inspired not only Warhol, but Tennessee Williams, Lou Reed, and Robert Mapplethorpe, Darling made an indelible mark on American culture during one of its most revolutionary eras. These memoirs depict a talented and tragic heroine who was taken away from us far too soon.