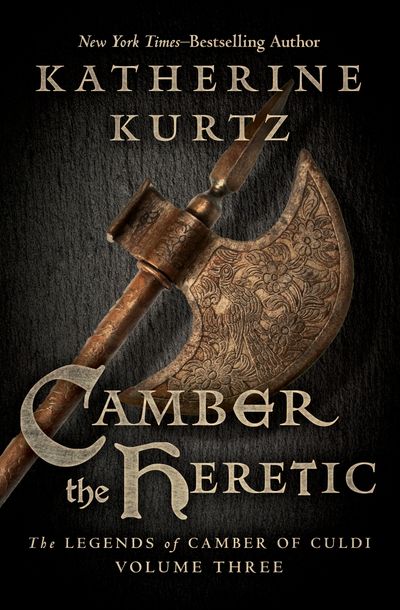 Published by Open Road Media
In the kingdom of Gwynedd, a hero faces an inquisition that could destroy his magical race, in a novel of the Deryni by a New York Times–bestselling author.

In the medieval kingdom of Gwynedd, strife has long existed between the human population and the Deryni, a powerful race of magic-users. For more than a decade, a fragile peace has held under the rule of King Cinhil. The former monk reluctantly ascended the throne with the help of Camber of Culdi, Gwynedd’s most revered Deryni lord, who in turn sacrificed his identity and physical form for the good of all people, earning sainthood in the process. But now Cinhil is dying, and a dark cloud is descending upon the land.

The king’s heir is a mere boy of twelve, and the malevolent regents who will rule until young Alroy comes of age are determined to eliminate all Deryni. Suddenly, the future of Gwynedd hangs in the balance, and Camber—once adored as a saint, but now reviled as a heretic—must find a way to protect his people before everything and everyone he loves is destroyed in the all-consuming flames of intolerance and hate.