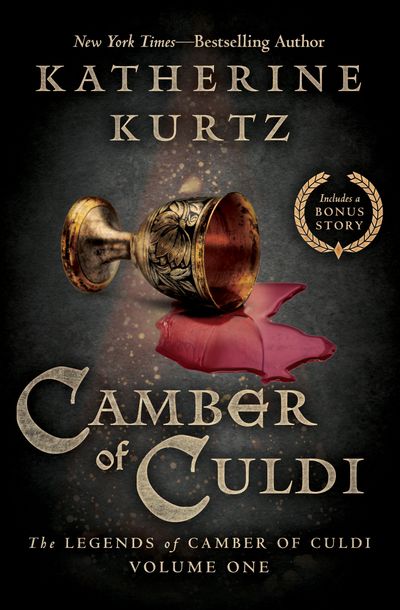 Published by Open Road Media
Magic and mysticism come alive in this magnificent historical fantasy from the New York Times–bestselling author of the Chronicles of the Deryni.

Long before Camber was revered as a saint, he was a Deryni noble, one of the most respected of the magical race whose arcane skills set them apart from ordinary humans in the medieval kingdom of Gwynedd.

For nearly a century, Camber’s family has had little choice but to loyally serve the ruling Festils, Deryni usurpers who employed dark magic to wrest the throne from the rightful Haldane liege.

Now, the land suffers under the tyranny of King Imre, whose savage oppression of the human population weighs heavily on Camber’s heart—a heart that is shattered when the despot and his evil mistress-sister, Ariella, cause the death of Camber’s beloved son.

The grim demands of justice and vengeance drive Camber far from his family’s estates in search of the last of the Haldane line. This descendant of kings will not be easily persuaded to accept Camber’s unthinkable plan. But with the kingdom in turmoil, the aging mage and the reluctant Haldane heir must confront together the awesome, terrible might of the Festils for the good of all.

The first book in Katherine Kurtz’s epic medieval fantasy series is filled with irresistible suspense, action, adventure, and political intrigue, leading Publishers Weekly to hail the author as possessing “a rare craftsmanship with narrative exposition that is also dramatic and moving.”