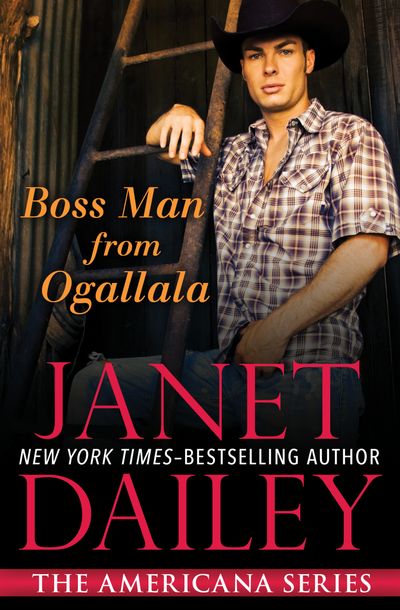 Published by Open Road Media
A Nebraska cattle ranch is the setting for passion as big as the Great Plains in this Americana romance from a legendary New York Times–bestselling author.

Discover romance across America with Janet Dailey’s classic series featuring a love story set in each of the fifty states. In Boss Man from Ogallala, the New York Times–bestselling author—whose novels have sold more than 300 million copies—takes you to the American Heartland, where love refuses to be fenced in.

Flint McCallister is the last person Casey Gilmore wants to take orders from. Unfortunately, her father hired the infuriating alpha male to run the family cattle ranch while he’s in the hospital. And sure, she can’t deny Flint’s impeccable instincts—or his good looks—but having lived and breathed the ranch life for all of her twenty-one years, she refuses to be impressed. The fact that his family owns the biggest cattle empire in the US only makes his presence more intolerable.

But Casey and Flint’s love of the wide-open Nebraska plains is not the only passion they share. Beneath their constant clash of wills burns a red-hot desire—and if they don’t surrender to it, the fire will consume them both.