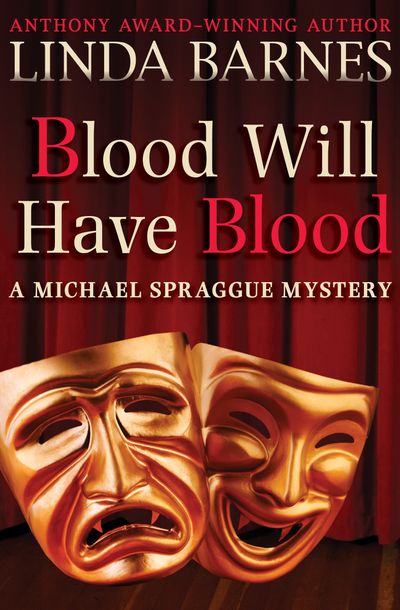 Blood Will Have Blood

Boston Brahmin Michael Spraggue believes distinguished director Arthur Darien has invited him to the old Fens Theater because he needs financial backing for his new production of Dracula. But Arthur has a different kind of problem: His actors believe the theater is haunted. One even quit when he discovered that his pitcher of Bloody Marys had been replaced with real blood. The director offers the part to Michael on one condition: He will not only be playing Dr. John Seward; he will also be playing detective.

Behind the scenes, this Dracula is a true horror show. Infighting among the cast, money problems, and deadly threats are just the beginning. When the pranks turn lethal, it is up to Michael to find the killer lest the curtain come down on them all forever.

Blood Will Have Bloodis the 1st book in the Michael Spraggue Mysteries, but you may enjoy reading the series in any order.