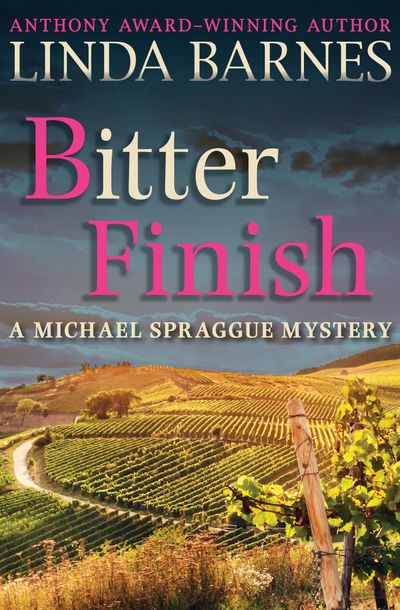 Published by Open Road Media
To save his winery, a successful actor and former PI investigates a Napa Valley slaying in this “expertly written” and “ingenious” mystery (The New York Times Book Review).

Shooting on location in Boston for a new film, Michael Spraggue has just tumbled down a flight of stairs when a call comes in from California. On the line is Kate Holloway, Michael’s on-again-off-again lover and partner in a fledgling California winery. It’s harvest time and their winemaker has disappeared. Right after Kate reported him missing, the police found a corpse on their property, the victim so savagely murdered that identification is close to impossible. Now Kate is in jail.

Soon after Michael arrives in Napa, a second body turns up and the police become convinced that Kate is the killer. To save his winery and free his girl, Michael will have to find the real killer before the harvest comes in.

Bitter Finish is the 2nd book in the Michael Spraggue Mysteries, but you may enjoy reading the series in any order.