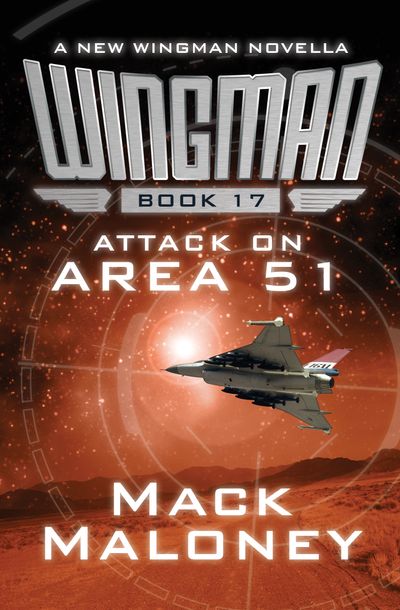 Published by Open Road Media
After a mysterious disappearance, the ace fighter pilot is back, searching for answers to his missing memory—but still ready to defend post-WWIII America.
It’s been a decade since Hawk Hunter, famed American World War III hero and legendary pilot, vanished on an extraterrestrial mission to save his country. Presumed dead, Hunter found himself in a strange alternate universe where the planes were bigger than seemed possible and the dead walked the earth. Now he is back, and America needs his help once more. The fragile new America that Hunter helped build has shattered in his absence. He has no memory of where he has been for the past ten years, knowing only that he can bring peace to his beloved country once and for all. Seeking answers at the secret research base known as Area 51, Hawk uncovers a strange new threat to his fractured homeland. There is only one thing to do. His memory may be in tatters, but the Wingman has not forgotten how to fly.