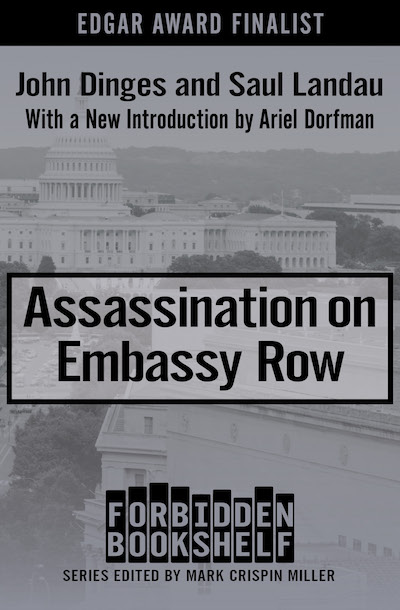 published by
Open Road Media
Edgar Award Finalist: The gripping account of an assassination on US soil and the violent foreign conspiracy that stretched from Pinochet’s Chile to the streets of Washington, DC, with a new introduction by Ariel Dorfman.

On September 10, 1976, exiled Chilean leader Orlando Letelier delivered a blistering rebuke of Augusto Pinochet’s brutal right-wing regime in a speech at Madison Square Garden. Eleven days later, while Letelier was on Embassy Row in Washington, DC, a bomb affixed to the bottom of his car exploded, killing him and his coworker Ronni Moffitt. The slaying, staggering in its own right, exposed an international conspiracy that reached well into US territory. Pinochet had targeted Letelier, a former Chilean foreign minister and ambassador to the United States, and carried out the attack with the help of Operation Condor, the secret alliance of South America’s military dictatorships dedicated to wiping out their most influential opponents.

This gripping account tells the story not only of a political plot that ended in murder, but also of the FBI’s inquiry into the affair. Definitive in its examination both of Letelier’s murder and of the subsequent investigations carried out by American intelligence, Assassination on Embassy Row is equal parts keen analysis and true-life spy thriller.