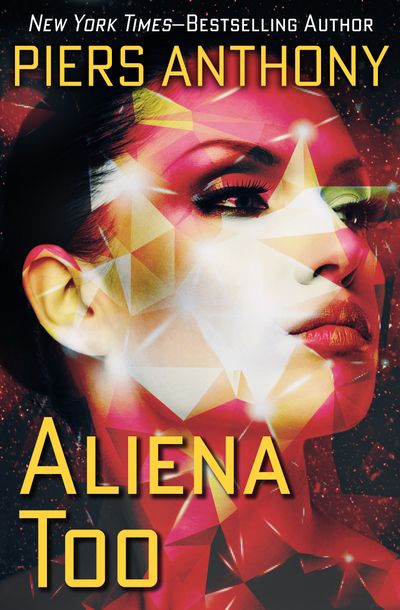 Along with fellow members of her sapient starfish race, Aliena traveled many light-years to Earth. There, in the host body of a human woman, the inquisitive extraterrestrial learned how to exist as a member of this perplexing earthborn race. Now Piers Anthony, the New York Times–bestselling maestro of science fiction and fantasy, continues the story in Aliena Too, as the males of two markedly different species must somehow adapt to one another.

Lida Fisher knows that her beloved husband, Quincy, will die soon as the result of a rare and terrible brain rejection syndrome. But there is one hope. If Quincy consents to switch brains with one of the alien beings that have arrived from the other side of the galaxy, he will live on—albeit in the body of a starfish. And that means Lida must agree to let a new man into her life and her bed, one with the face and body of her adored husband but with the mind of an alien stranger. More difficult still, Lida must somehow teach this star man how to love. And many miles above the earth, Quincy also will have to make extreme adjustments to a body and an existence he never dreamed would be his. But luckily, both Fishers will have someone to guide them through the perils, pitfalls, and traumas that must invariably accompany their strange new reality—a truly remarkable creature who has already been there and back again: Aliena.