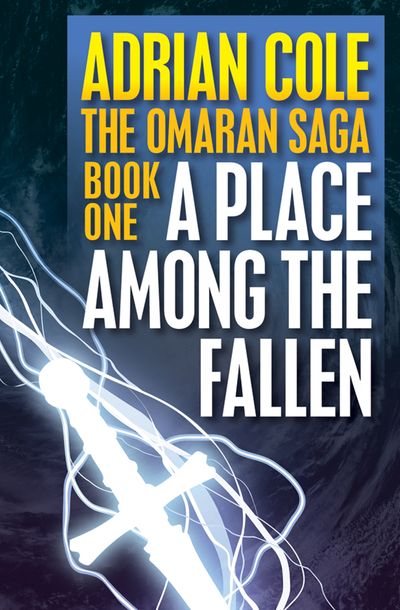 A Place Among the Fallen

Published by Open Road Media
The “thrilling” first novel in the grimdark Omaran Saga. “Cole creates a dark mystery and sense of dread that pulls the reader in” (Fantasy Literature).

Omara's people shun all belief in the power of gods and magic, and the Deliverers, led by Simon Wargallow, pledge to put to death all heretics. When Korbillian flees his magical land of Ternannoc in the midst of a catastrophic destruction, he takes refuge on Omara and begins a quest to save this planet from its inevitable fate--the same as that of Ternannoc. Battles erupt in the clashes between destruction and salvation, from the fishing village of Sundhaven to the plateau of Xennidhum. Death becomes life for the people, and life is on its way toward death.

Don't miss the entire quartet, including THRONE OF FOOLS, THE KING OF LIGHT AND SHADOWS, and THE GODS IN ANGER