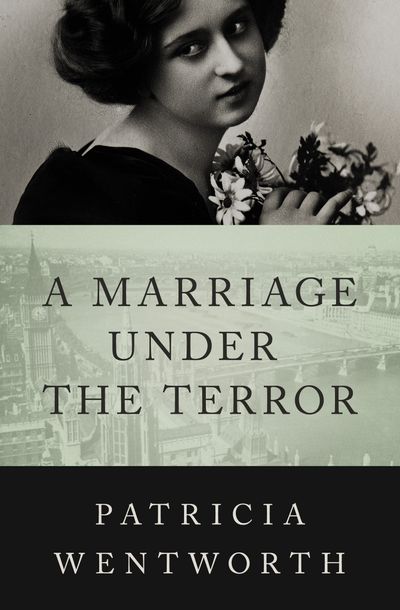 A Marriage Under the Terror

Published by Open Road Media
The award-winning debut from one of Britain’s most cherished crime writers
Before she created the iconic Miss Silver, Patricia Wentworth found acclaim as an author of page-turning romances. Set during the French Revolution, A Marriage Under the Terror is a gripping tale of love blossoming in the ashes of betrayal, and a fascinating first step from a master storyteller.
Nineteen-year-old orphan Aline de Rochambeau is horrified at the prospect of an arranged marriage to the foppish Vicomte Selincourt. But when Selincourt and Madame de Montargis, Aline’s married aunt, are unmasked as lovers and arrested for treason, the young noblewoman’s situation grows even more drastic. Alone in a Paris engulfed in revolt, Aline has no chance of survival—until she meets the dashing freedom fighter Jacques Dangeau. Torn between his vow to liberate France and his passion for Aline, Jacques makes a choice that could doom both of them forever.
Published in 1910, A Marriage Under the Terror won the Melrose Prize for best first novel.