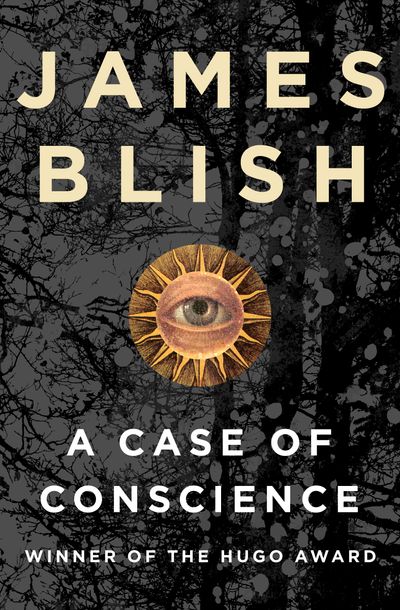 A Case of Conscience

Published by Open Road Media
A space-traveling Jesuit priest confronts a moral but godless alien race in this Hugo Award–winning novel by the author of the Cities in Flight saga.

The reptilian inhabitants of this distant world appear to be admirable in every way. Untroubled by greed or lust, they live in peace. But they have no concept of God, no literature, and no art. They rely purely on cold reason. But something darker lies beneath the surface: Do the Lithians pose a hidden threat? The answers that unfold could affect the fate of two worlds. Will Ruiz-Sanchez, a priest driven by his deeply human understanding of good and evil, do the right thing when confronted by a race that is alien to its core?

The Science Fiction Encyclopedia lauds A Case of Conscience as “one of the first serious attempts to deal with religion [in science fiction], and [it] remains one of the most sophisticated. It is generally regarded as an SF classic.” Readers of Isaac Asimov’s Foundation Trilogy, Mary Doria Russell’s The Sparrow, or Walter M. Miller Jr.’s A Canticle for Leibowitz will find this award-winning novel a gripping, compelling exploration of some of the most intractable and important questions faced by the human species. Includes an introduction by Hugo and Nebula Award–winning author Greg Bear.