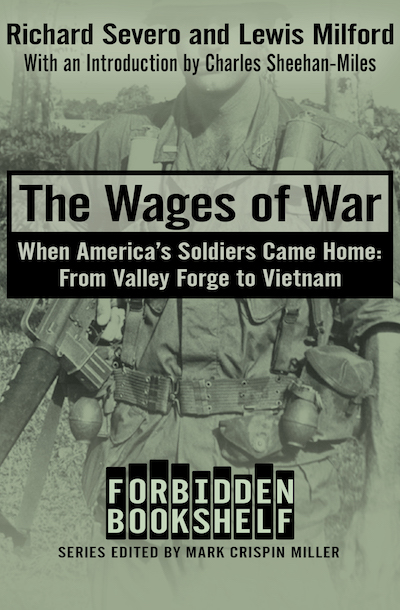 published by
Open Road Media
A disturbing chronicle of the US government’s mistreatment of American soldiers and veterans throughout history, with a new introduction by Charles Sheehan-Miles

Time and time again, the sacrifices made by veterans and their families have been repaid with scorn, discrimination, lack of health services, scant financial compensation, and other indignities. This injustice dates back as far as the American Revolution, when troops came home penniless and without prospects for work, yet had to wait decades before the government paid them the wages they were owed. When soldiers returned from the Cuban campaign after the Spanish-American War, they were riddled with malaria, typhoid, yellow fever, and dysentery—but the government refused to acknowledge their illnesses, and finally dumped them in a makeshift tent city on Long Island, where they were left to starve and die.

Perhaps the most infamous case of disgraceful behavior toward veterans happened after the Vietnam War, when soldiers were forced to battle bureaucrats and lawyers, and suffer media slander, because they asked the government and chemical industry to help them cope with the toxic aftereffects of Agent Orange. In The Wages of War, authors Richard Severo and Lewis Milford not only uncover new information about the controversial use of this defoliant in Vietnam and the subsequent class action suit brought against its manufacturers, but also present fresh information on every war in US history. The result is exhaustive proof that—save for the treatment of soldiers in the aftermath of World War II—the government’s behavior towards American servicemen has been more like that of “a slippery insurance company than a policy rooted in the idea of justice and fair reward.”