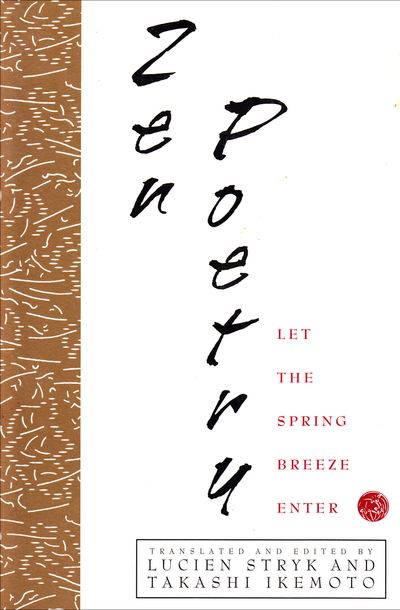 Published by Grove Atlantic
From the editors of Zen Poems of China and Japan comes the largest and most comprehensive collection of its kind to appear in English.

This collaboration between a Japanese scholar and an American poet has rendered translations both precise and sublime, and their selections, which span fifteen hundred years—from the early T’ang dynasty to the present day—include many poems that have never before been translated into English. Stryk and Ikemoto offer us Zen poetry in all its diversity: Chinese poems of enlightenment and death, poems of the Japanese masters, many haiku—the quintessential Zen art—and an impressive selection of poems by Shinkichi Takahashi, Japan’s greatest contemporary Zen poet. With Zen Poetry, Lucien Stryk and Takashi Ikemoto have graced us with a compellingly beautiful collection, which in their translations is pure literary pleasure, illuminating the world vision to which these poems give permanent expression.