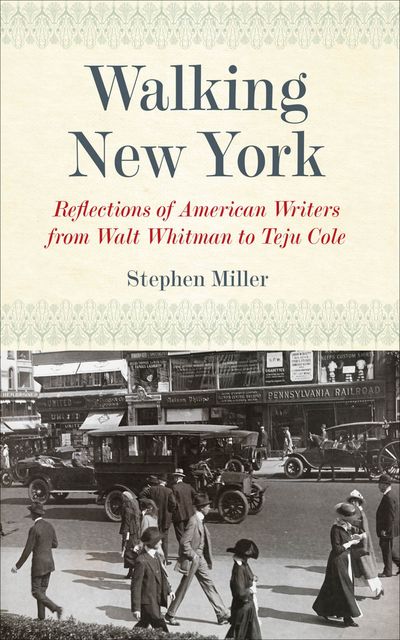 Published by Fordham University Press
Walk along with New York’s most celebrated writers on a tour of the city that inspired them in this “evolving portrait of New York through the centuries” (The New York Observer).

It’s no wonder that New York has always been a magnet city for writers. Manhattan is one of the most walkable cities in the world. But while many novelists, poets, and essayists have enjoyed long walks in New York, their experiences varied widely. Walking New York is a study of celebrated writers who walked the streets of New York and wrote about the city in fiction, nonfiction, and poetry.

Though the writers were often irritated, disturbed, and occasionally shocked by what they saw on their walks, they were still fascinated by the city Cynthia Ozick called “faithfully inconstant, magnetic, man-made, unnatural—the synthetic sublime.” Returning to New York after an absence of two decades, Henry James loathed many things about “bristling” New York, while native New Yorker Walt Whitman both celebrated and criticized “Mannahatta” in his writings.