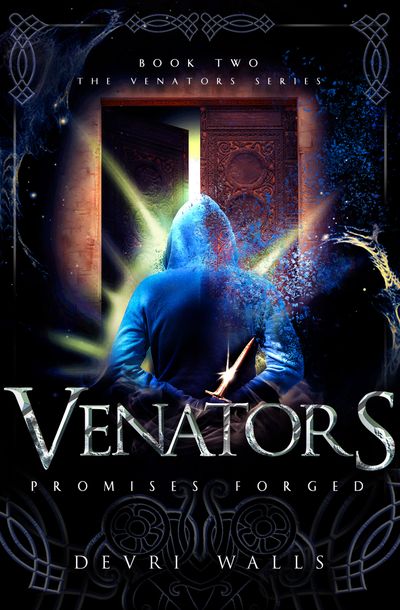 A young adventurer must harness her magic abilities before saving her friend from a fiendish Fae queen in book 2 of this YA dark fantasy series.

When their friend Grey Malteer was abducted from their college dorm and taken to the alternate world of Eon, Rune Jenkins and her twin brother Ryker ventured into the dark unknown to save him. Now they are trapped in a world of fae, vampires, werewolves, and wizards. And after discovering the truth of their ancestry, the three are a world away from anything resembling their mundane lives of the past.

While Ryker is still held captive by the eerily beautiful Zio and her goblins, Grey fall into the clutches of Feena, the Fae queen. As she drain his soul bit by bit to feed her underground garden, Grey has no hope of escaping on his own. It is up to Rune to save him.

But the Council has denied Rune permission to embark on a rescue mission until she harnesses her Venator gifts. As Rune discovers that promises in Eon are forged with life-or-death consequences, she realizes that she must act quickly, or else be swallowed—and Grey along with her—by the dangers of Eon.