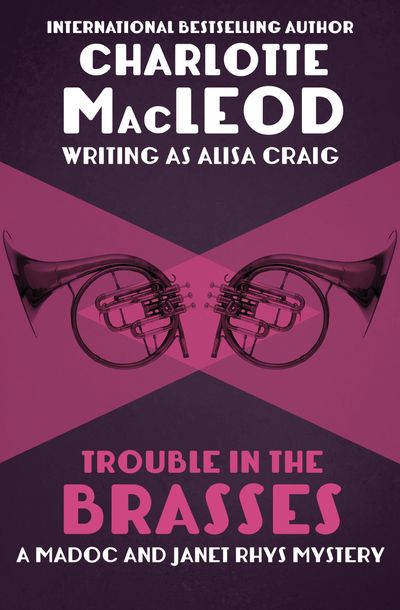 Trouble in the Brasses

Published by MysteriousPress.com/Open Road
A Canadian Mountie investigates a murder among musicians in this mystery by the Edgar Award–nominated author of the Peter Shandy series.
Although he is a decorated officer of the Mounted Police, Madoc Rhys’s tin ear has long been an embarrassment to his musically fixated family. But when his father’s orchestra needs a policeman, the Mountie gets a chance to make daddy proud. It began as pranks among the brass instruments, but something is rotten inside the Wagstaffe Symphony, and is about to graduate to something criminal. Called in to look into the tensions within the group, Madoc arrives just in time to see the French horn player keel over. The death appears natural, and the orchestra boards the plane to its next engagement. But when a storm forces them to make an emergency landing and take shelter in an eerie old lodge, the extent of the danger becomes clear. Madoc may never understand music, but he has a good ear for murder, and is about to show off his chops.