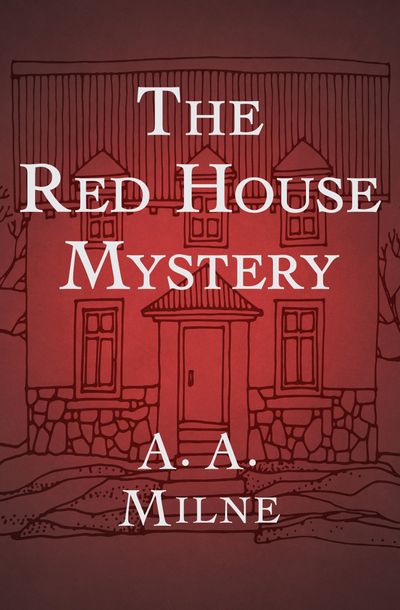 Published by MysteriousPress.com/Open Road
A refreshing blend of wit and intrigue, A. A. Milne’s only mystery novel is a masterpiece

Mark Ablett is not really a snob—not the worst kind of snob, at least. He simply prefers artists to everyone else, and the discussion of his own creative abilities to any other talk whatsoever. His vanities are easily forgiven especially since he is generous with his money—inherited not from his clergyman father but from a neighborhood spinster who took a liking to him—and he is always willing to play the host at the Red House, his delightful country estate.

One lazy summer morning, as his guests enjoy breakfast before a round of golf, Mark opens a surprising letter. His brother Robert, the black sheep of the family, gone some fifteen years now, is back from Australia and plans to call at the Red House that very afternoon. It is the first that Mark’s friends and servants have heard of a brother, but that shock is nothing compared to what happens next: After being shown into an empty office to wait for the master of the house, Robert is shot dead. Mark is nowhere to be found, not unlike the pistol that fired the fatal bullet. It is up to Tony Gillingham, man of leisure, and his young friend Bill Beverley to assume the roles of Sherlock and Watson and solve a crime so clever that Alexander Woollcott pronounced it “one of the three best mystery stories of all time.”

Beloved children’s author A. A. Milne was a great fan of detective stories. His first and last attempt at the genre is an absolute delight—one of the most original and charming novels of the Golden Age of crime fiction.