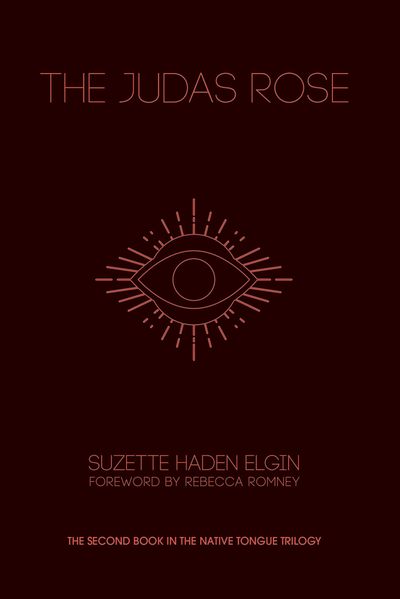 Published by The Feminist Press at CUNY

In this dystopian science fiction classic set in a world where women have no rights, the patriarchy sends a covert female agent to take down the resistance.

In the second entry of the Native Tongue trilogy, the time has come for Láadan—the secret language created to resist an oppressive patriarchy—to empower womankind worldwide. To expand the language’s reach, female linguists translate the Bible into Láadan, and a group of Roman Catholic nuns are tasked to spread the language. But when outraged priests detect their sabotage, they send a double agent to infiltrate and destroy the movement from the inside…

Originally published in the 1980s, the Native Tongue trilogy is a classic dystopian tale: a testament to the power of language and women's collective action.

“This angry feminist text is also an exemplary experiment in speculative fiction, deftly and implacably pursuing both a scientific hypothesis and an ideological hypothesis through all their social, moral, and emotional implications.”—Ursula K. Le Guin

“Less well known than The Handmaid's Tale but just as apocalyptic in their vision…Native Tongue along with its sequel The Judas Rose . . . record female tribulations in a world where…women have no public rights at all. Elgin's heroines do, however, have one set of weapons—words of their own.”—Sandra M. Gilbert and Susan Gubar, New York Times Book Review

“A welcome reminder of the feminist legacies of science fiction…Explores the power of speech, agency, and subversion in a work that is as gripping, troubling, and meaningful today as it has ever been.”—Publishers Weekly (starred review)