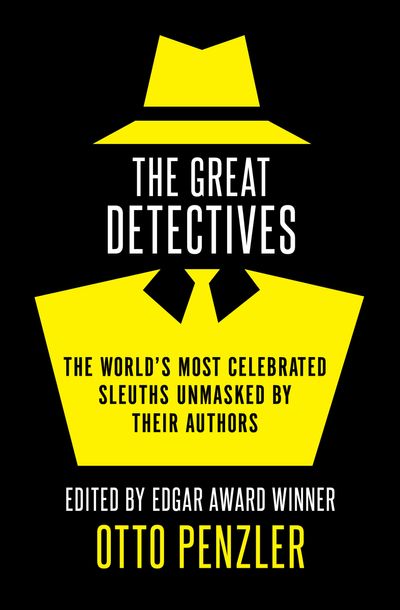 Published by MysteriousPress.com/Open Road
The origins of literature’s finest crime fighters, told by their creators themselves
Their names ring out like gunshots in the dark of a back alley, crime fighters of a lost era whose heroic deeds will never be forgotten. They are men like Lew Archer, Pierre Chambrun, Flash Casey, and the Shadow. They are women like Mrs. North and the immortal Nancy Drew. These are detectives, and they are some of the only true heroes the twentieth century ever knew. In this classic volume, Otto Penzler presents essays written by the authors who created these famous characters. We learn how Ed McBain killed—and resurrected—the hero of the 87th Precinct, how international agent Quiller wrote his will, and how Dick Tracy first announced that “crime does not pay.” Some of these heroes may be more famous than others, but there is not one whom you wouldn’t like on your side in a courtroom, a shootout, or an old-fashioned barroom brawl.