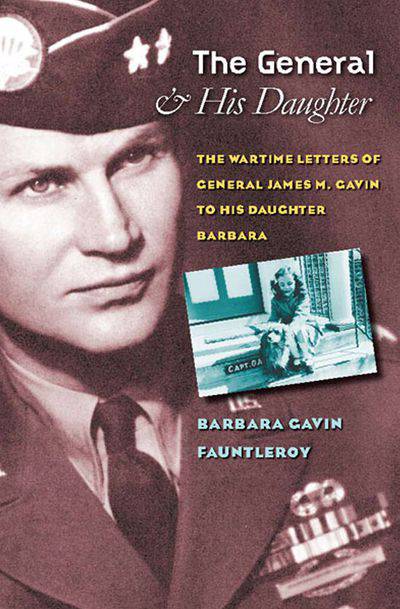 The General & His Daughter

Published by Fordham University Press
The fascinating personal correspondence from a commanding general of the eighty-second Airborne Division to his young daughter during World War II.

James Maurice Gavin left for war in April 1943 as a colonel commanding the 505th Parachute Infantry Regiment of the eighty-second Airborne Division—America’s first airborne division and the first to fight in World War II. In 1944, at age thirty-seven, “Slim Jim” Gavin, as he was known to his troops, became the eighty-second’s commanding general—the youngest Army officer to become a major general since the Civil War. At war’s end, this soldier’s soldier had become one of our greatest generals—and the eighty-second’s most decorated officer.

In this book, James Gavin’s letters home to his nine-year-old daughter, Barbara, provide a revealing portrait of the American experience in World War II through the eyes of one of its most dynamic officers. Written from ship decks, foxholes, and field tents—often just before or after a dangerous jump—they capture the day-to-day realities of combat and Gavin’s personal reactions to the war he helped to win. With more than 200 letters spanning from Fort Bragg in 1943 to New York’s victory parade, this collection provides an invaluable self-portrait of a great general, and a great American, in war and peace.

Includes a prologue and epilogue by Barbara Gavin Fauntleroy; a foreword by Rufus Broadaway; commentary and notes by Starlyn Jorgensen; and an introduction by Gerard M. Devlin.