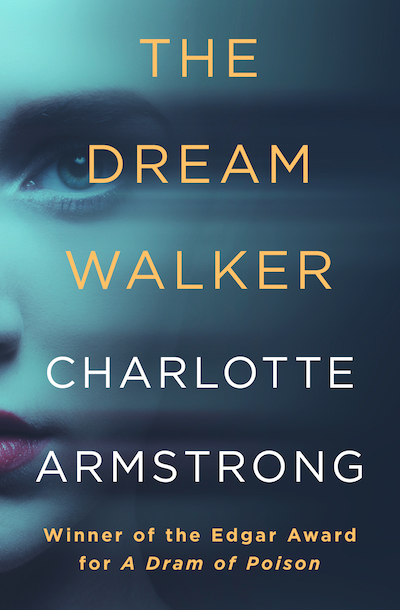 Olivia Hudson, a drama teacher at a Manhattan girl’s school, refuses to let her uncle John Paul Marcus play the role of dupe in a real-life revenge story. Uncle John is a beloved war veteran, a New York institution, and a hard-working philanthropist with an unimpeachable reputation. His mistake—an honorable one, at that—was disclosing the financial chicanery of industrial heir Raymond Pankerman, and it could cost John his life.

Raymond has staged the perfect crime, and the perfect frame-up, to destroy the old man. He has everything he needs: a failed and penniless playwright who’d sell his soul if the price was right, a budding television starlet looking for a breakout role, and a susceptible public suckered into believing a supernatural swindle that’s making headlines.

As a good man is taken down by the outlandish claims of an “otherworldly” publicity-seeking beauty nicknamed the Dream Walker, Olivia refuses to stand idly by—especially since she has the talent to outwit and outplay an actress at her own duplicitous game.

Inspired by the mob mentality of the postwar McCarthy hearings, Charlotte Armstrong’s The Dream Walker (also published as Alibi for Murder) is both an ingeniously clever mystery of double-crosses and triple-twists, and a still-relevant cautionary tale about the irreversible consequences of tabloid journalism and the gullibility of the masses.