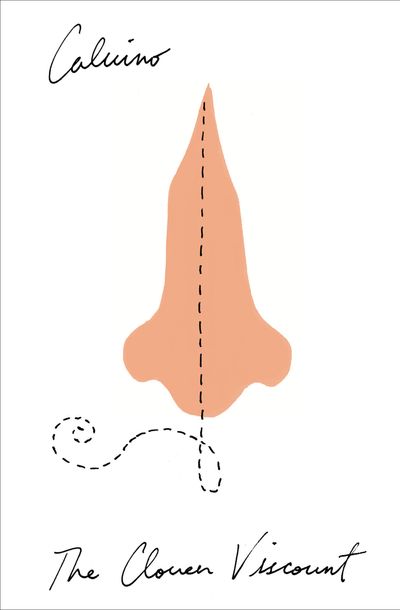 Published by <div>Houghton Mifflin Harcourt</div>
When a nobleman is split in two, his separate halves pursue different adventures in a fantastically macabre tale by the author of Invisible Cities.

It is the seventeenth century, and the Viscount Medardo of Terralba must go into battle against the Turks. But the inexperienced warrior is soon bisected lengthwise by a cannonball. Through a miracle of stitching, one half of him survives, returning to his feudal estate to lead a lavishly evil life. But soon his other, virtuous half appears—also very much alive. When the two halves become rivals for the love of the same woman, there’s no telling the lengths each will go to in order to win.

Now available in an independent volume for the first time, this deliciously bizarre novella of is Calvino at his most devious and winning.