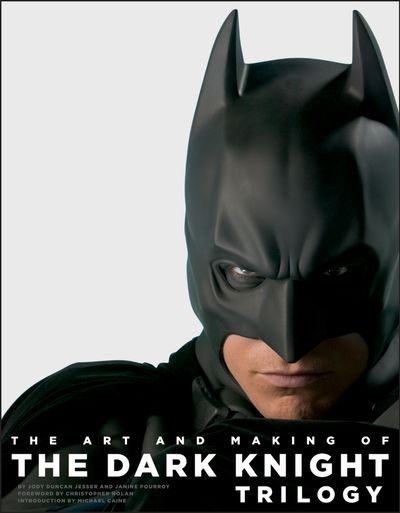 The Art and Making of the Dark Knight Trilogy

Published by ABRAMS (Ignition)
Behind the scenes—and the mask—of the great Batman film trilogy, including stunning illustrations.

In 2005, director Christopher Nolan reimagined and forever redefined the Batman legend when he began his epic trilogy of films—Batman Begins, The Dark Knight, and The Dark Knight Rises—starring Christian Bale as the Caped Crusader in a fresh, dynamic reboot of the franchise.

All three films would go on to blockbuster success and critical acclaim—including an Academy Award for Best Supporting Actor for Heath Ledger’s unforgettable performance as Batman’s eternal nemesis, the Joker.

The Art and Making of the Dark Knight Trilogy tells the complete story of these three monumental films. Based on in-depth interviews with Nolan and all of the films’ key cast and crew—including cowriters David S. Goyer and Jonathan Nolan, cinematographer Wally Pfister, and more—the book reveals the creative process behind the epic Dark Knight Trilogy, supported by lavish art and on and off-set photos.

This is a fascinating glimpse into the minds that gave new life to one of the most beloved and renowned superheroes in history.