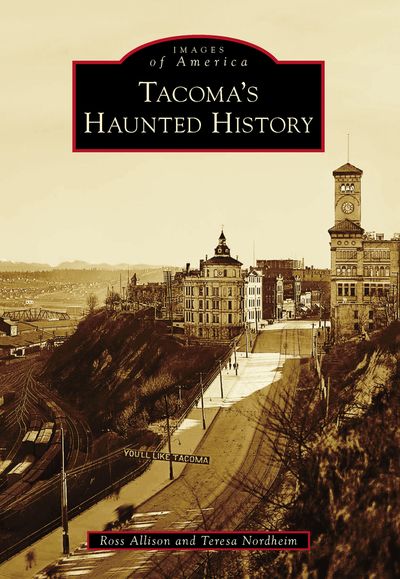 Tacoma hides in the shadows of Seattle, but what hides in the shadows of Tacoma? The city’s paranormal history is riddled with Native American culture, spiritualists, mysterious deaths, tragedy, and curses that dwell in the dark. Much of Tacoma is built directly on top of sacred lands, and many natives to the area can attest that the city is haunted by its past. Desecration of graves can leave troubling results. Hexed citizens can perish. An untimely death can leave behind a soul. These unfortunate circumstances bring forth tales of the strange and unexplainable. Are we alone in Tacoma or accompanied by ghosts of the past?

“Tacoma native Ross Allison is a modern day ghost hunter. . . . [He] said that Tacoma’s haunted past hasn’t generated that same kind of attention that Seattle’s has, but he’s hoping to change that by sharing more South Sound stories.” —Q13Fox