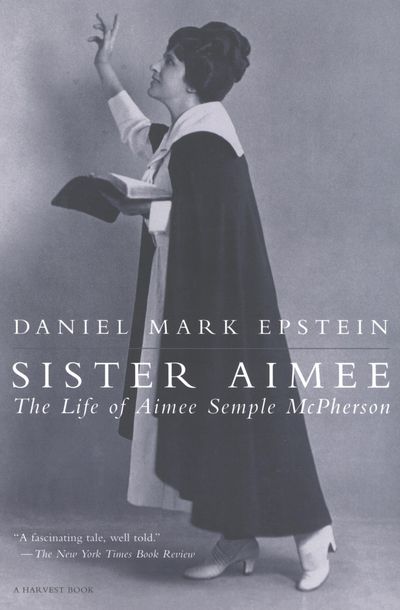 Published by Houghton Mifflin Harcourt
The true story of America’s first superstar evangelist that “fills a significant gap in the history of revivalism” (The New York Times Book Review).

Once she answered the divine calling, Aimee Semple McPherson rose fast from unfulfilled housewife in Rhode Island to “miracle woman”—the most enigmatic, pioneering, media-savvy Christian evangelist in the country. She preached up and down the United States, traveling in a 1912 Packard with her mother and her children—and without a man to fix flat tires. Her ministry was rolled out in tents, concert halls, boxing rings, and speakeasies. She prayed for the healing of hundreds of thousands of people, founded the Foursquare Church, and built a Pentecostal temple in Los Angeles of Hollywood-epic dimensions (Charlie Chaplin advised her on sets). But this is not just a story of McPherson’s cult of fame. It’s also the story about its price: exhaustion, insomnia, nervous breakdowns, sexual scandals, loneliness, and the notorious public disgrace that nearly destroyed her.

A “powerhouse biography of perhaps the most charismatic and controversial woman in modern religious history,” Sister Aimee is, above all, the life story of a unique woman, of the power of passion that rejects compromise, and a faith that would not be shaken (Kirkus Reviews).

“[Told] with insight, empathy and lyrical power . . . Daniel Mark Epstein sees the facts, and feels the mystery, and he has written a remarkable book.” —Los Angeles Times