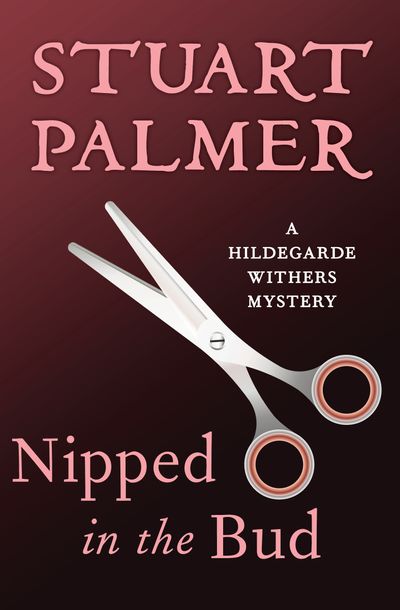 Nipped in the Bud

Published by MysteriousPress.com/Open Road
A comedian is dead, a witness is missing, and it’s up to Miss Withers—“one of the world’s shrewdest and most amusing detectives”—to solve the crime (The New York Times).
In comedy, timing is everything. If Tony Fagan were a better comic, perhaps he would’ve known when to keep his mouth shut. After weeks of jokes at the expense of businessman Winston H. “Junior” Gault, the sponsor of Fagan’s television show, Fagan is found with his head bashed in, and Gault is charged with the murder. The case seems open and shut, but Gault has the money to buy himself an acquittal. The only witness against him is Ina Kell—a small-town dreamer who came to New York to find fame—and she’s disappeared. It’s up to Hildegarde Withers, a retired schoolteacher with expertise in solving crime, to find the vanished witness. Ina may have come to New York seeking excitement, but she didn’t deserve to get caught in the line of fire. Nipped in the Bud is part of the Hildegarde Withers Mysteries series, which also includes The Penguin Pool Murder and Murder on the Blackboard.