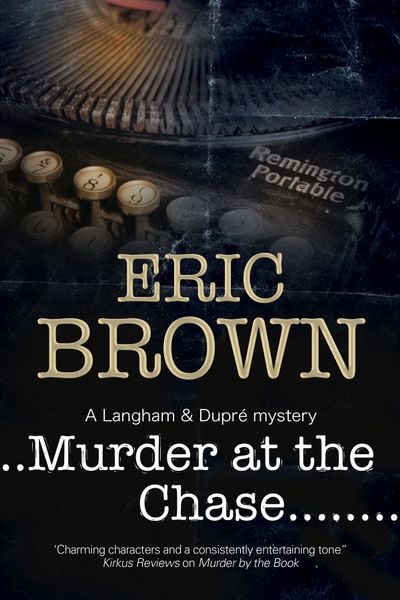 Murder at the Chase

July, 1955. Donald Langham has interrupted his romantic break in rural Suffolk with the delectable Maria Dupré to assist a fellow writer. Alasdair Endicott has requested Langham’s help in discovering what’s happened to his father, Edward, who seems to have disappeared without trace from inside his locked study.

Before he vanished, the elder Endicott had been researching a book on the notorious Satanist Vivian Stafford. Could the proposed biography have something to do with his disappearance? Does local resident Stafford really possess supernatural powers, as some believe?

As Langham and Dupré question those around them, it becomes clear that there have been strange goings-on in the sleepy village of Humble Barton. But is the village really haunted—or does someone merely want it to look that way? With a further shocking discovery, the case takes a disturbing new twist.

“Reads like a country-house whodunit from the golden age, packed with fascinating characters, each boasting a motive for murder.” —Kirkus Reviews

“Plenty of unexpected twists. Agatha Christie fans will find a lot to like.” —Publishers Weekly