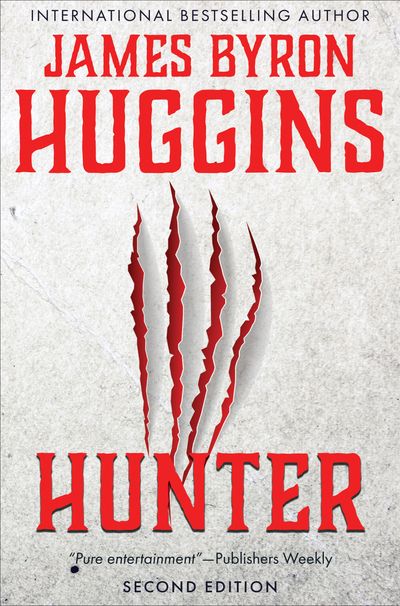 Published by WildBlue Press
A skilled tracker must take down a science experiment gone wrong in the Alaskan wilderness in this thriller from the bestselling author of Dark Visions.

In an experiment to extend human life, scientists accidentally tap into the deepest recesses of the human mind and unleash a force that might well be a terrible curse. For in their desire to use a power they did not understand, they unintentionally unleash a force that will spell the end of Mankind if it cannot be destroyed.

Now an infected creature is loose in the Alaskan wilderness, and the America military is forced to ask the world’s greatest tracker, Nathaniel Hunter, to locate the beast and destroy it before it reaches a populated area.

Hunter can track anything, anywhere, anytime. But he is both horrified and shocked as he begins to follow the creature’s bloody path leading directly toward a city. For the beast is both more powerful and more merciless than any animal Hunter has tracked before. In fact, it seems to embody the most ancient and darkest heart of Man—a power that Mankind has always feared as the greatest Beast of Prey.

And as Hunter closes on the beast and the final, bloody battle approaches, he frantically realizes that the scientists may have succeeded all too well in their experiment to extend human life for it may have become unkillable….

“Huggins pacing is nonstop; his visual imagination is so compelling….Pure entertainment.”—Publishers Weekly