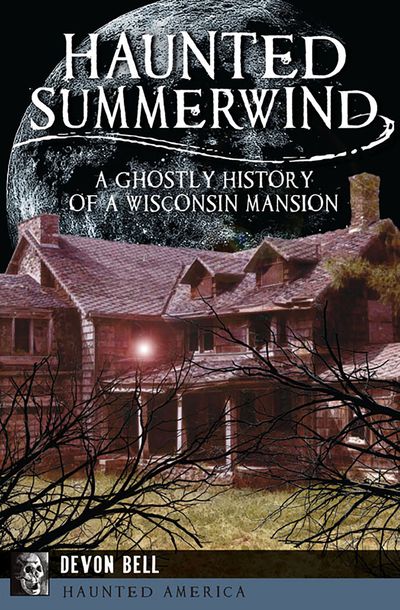 Published by Arcadia Publishing
The true story of the Lamont Mansion, which was meant to host a president—but instead become a home to the paranormal . . . includes photos!

Buried deep in the Wisconsin Northwoods, the ruined splendor of the mansion known as Summerwind bares the bones of its legendary past. Robert Patterson Lamont purchased the property in 1916 as a country retreat where he could entertain such guests as President Warren G. Harding. Unfortunately, the house played host to visitors of an entirely different sort, and Lamont reportedly fled the property after discharging a pistol at a ghoul in the basement pantry.

Raymond Bober abandoned his attempt to convert the house into a hotel in the 1970s, describing rooms that changed size and the mysterious presence of an eighteenth-century explorer in his famous book The Carver Effect. Join Devon Bell for a glimpse through the shattered windows of the most specter-laden spot in the Badger State.