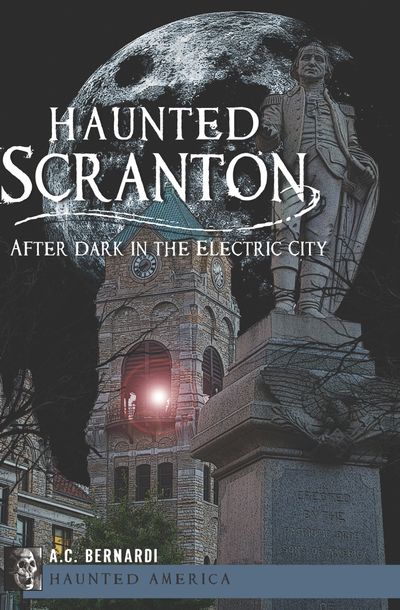 Published by Arcadia Publishing
A tour of the spookiest spots in this Pennsylvania city, filled with local history and legends . . . Includes photos!

At the heart of the Lackawanna Valley, Scranton is haunted by those who once walked its streets and worked its mines and rail lines. From the woman in white who lingers in Courthouse Square to the passenger of trolley car #46 who never reached her destination, the specters of Scranton make their presence known.

Supernatural investigator A.C. Bernardi chronicles chilling tales of the city’s landmarks, from the mysterious happenings on the sixth floor of the Lackawanna Station Hotel to stories of the angry spirits of victims of the Spanish influenza epidemic who lurk in the basement of the Banshee Pub. Join him as he traverses the dark side of Scranton, Pennsylvania.