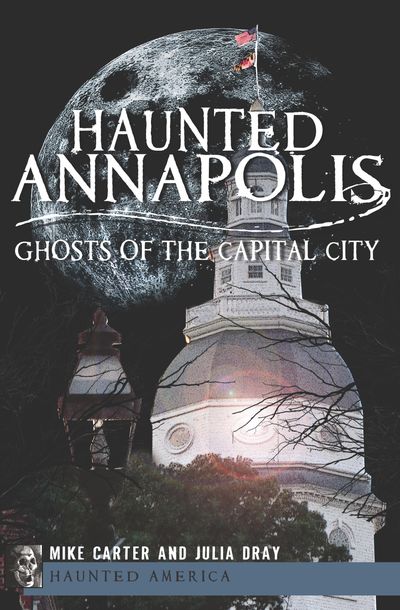 Beneath the statehouse dome and from the banks of the Severn River, the ghosts of Annapolis rise to roam the red-bricked streets of the old city. The capital of Maryland since 1694, the city hosts the restless dead who never left the narrow alleys, taverns and homes where they met their ends. Come dine with Mary Reynolds at the tavern she’s been keeping since the 1760s, stand vigil at the sarcophagus of Admiral John Paul Jones and search for the figure of Thomas Dance, who plummeted from the heights of the statehouse dome in 1793. From headless men and ghostly soldiers to unlucky bootleggers and ominous gravediggers, Annapolis Ghost Tour founder Mike Carter and tour guide Julia Dray narrate the eerie tales of these and other supernatural residents of Annapolis.

“Based on years of research by the duo into the history behind some of Annapolis’ most notorious ghost stories.” —Broadneck Patch