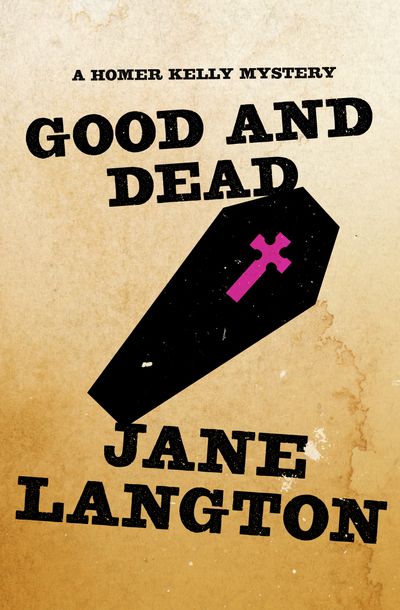 Published by MysteriousPress.com/Open Road
The scholar/sleuth investigates a series of deaths in a church congregation in an “agreeably malevolent” mystery that “comes to a spirited conclusion” (Publishers Weekly).
The Baptists of Nashoba are healthy. So are the Quakers, Lutherans, and Methodists. Every religious sect in this small New England town is in ruddy good health, save for the congregation at the Old West Church, whose members are dying like flies. As a rash of heart failure claims victim after victim, what first seemed like tragic coincidence begins to look a lot like murder. And in the small hamlets of Massachusetts, there is no better authority on bloodshed than Homer Kelly. A transcendentalist scholar who dabbles in the unraveling of violent crimes, Homer is just a township away when the plague of heart failure strikes Nashoba. As he attempts to separate natural deaths from the unnatural, Homer sees that beneath the piety of Old West Church lurks at least one parishioner who missed Sunday school the day they explained that thou shalt not kill.